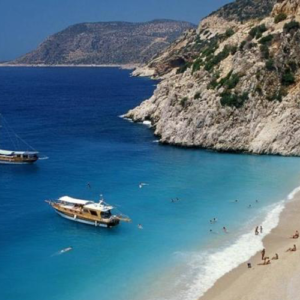 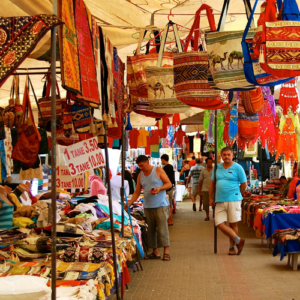 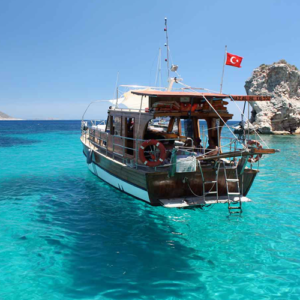 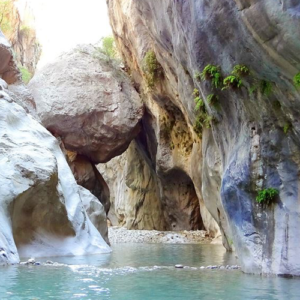 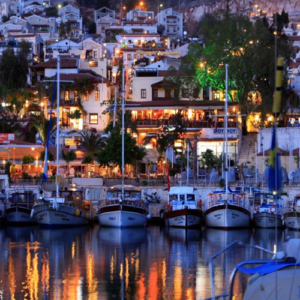 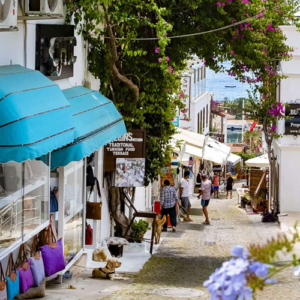 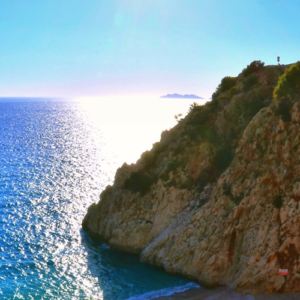 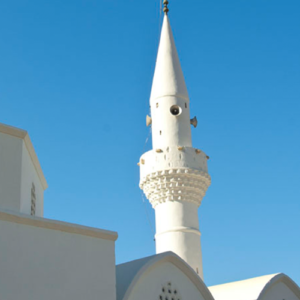 Kalkan is nestled between the towns of Fethiye and Kas and is situated at the foot of the Taurus Mountains the natural geography of the town and its surrounding area affords spectacular sea and mountain views.

Kalkan is an old town, a maze of small cobbled streets winding down to the harbour. The streets are lined with many old Greek and Turkish buildings covered with bougainvillea and are occupied by small boutique shops and restaurants offering a very authentic atmosphere. Kalkan itself has a pebble beach where the water is clear blue and very refreshing first thing in the morning or mid-late afternoon. It also offers beach clubs that run free daily water taxis to and from the beach clubs. 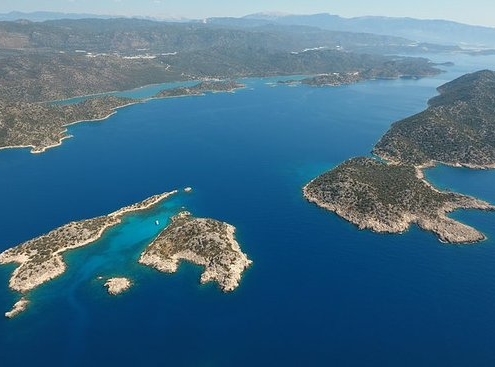 Kalkan has over 300 days of sunshine per year.

Kalkan and surrounding areas have lots to do, so you won’t get bored.

Just want to relax?  Why not! 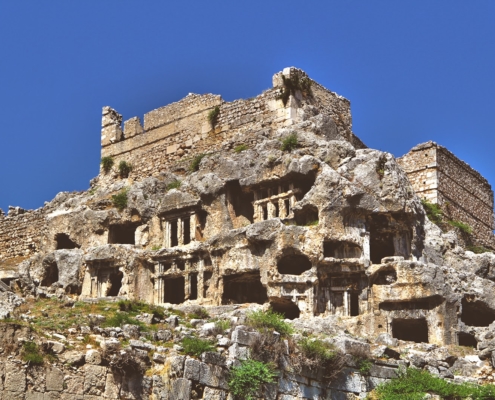 It is not known exactly when Kalkan was founded but it is understood that the first traders came over from the Greek Island of Meis and settled around 200 years ago; hence Kalkan became a recognised trading post. The original settlers were Greek and Turkish under the regime of the Ottoman Empire.

During the late nineteenth century Kalkan became the most important trading port in the area, more so than Fethiye or Antalya. Produce was brought to Kalkan by camel trains, travelling many miles to reach the port so that their goods could be sent all over the Ottoman Empire.

The main mosque in Kalkan was once a Greek Orthodox Church. The church was built in the late 1800’s and the original bell is displayed in the town hall. The church became the mosque in 1923. Up until 1923 Kalkan was predominantly Greek but it was at this time that the population exchange took place under the Atatürk government.

Visitors are enticed with the view of whitewashed houses, covered with pink bougainvillea, scattered over a small and sloping hillside

Visitors have a variety of amenities and facilities at hand including art galleries, restaurants, bars, boutique shops, and surrounding historical sites.

There are two local shops near the villa – one within 10 minutes walk.  They are many local fish restaurants that are a short drive away and will deliver direclty to the villa or will collect you from the villa and take you back.  The local markets of Akbel are a few minutes drive or about 30 minutes walk down. There is plenty of local produce on sale and there will definitely be a free lift back up to the villa from the passers by on the way to Islamlar. 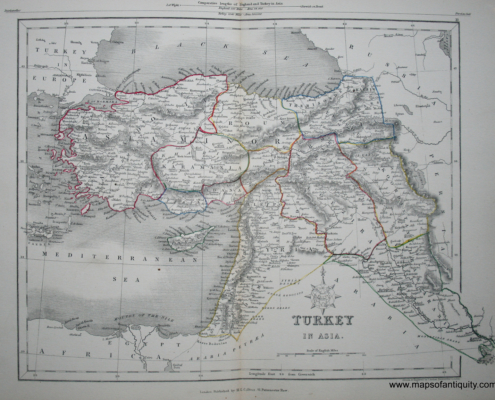 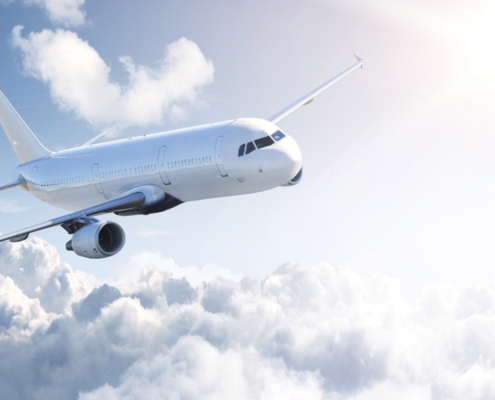 Dalaman Airport is an international airport and one of three serving south-west Turkey, the others being Milas-Bodrum Airport and Antalya Airport. It has two terminals. The old terminal is used for domestic flights and the new terminal is for international flights.  We can arrange transfers for you at a cost – for more information please click here.

Car hire available at the airport.

Food and drink available at the airport arrivals lounge.